10 Crypto Acronyms and What they Mean 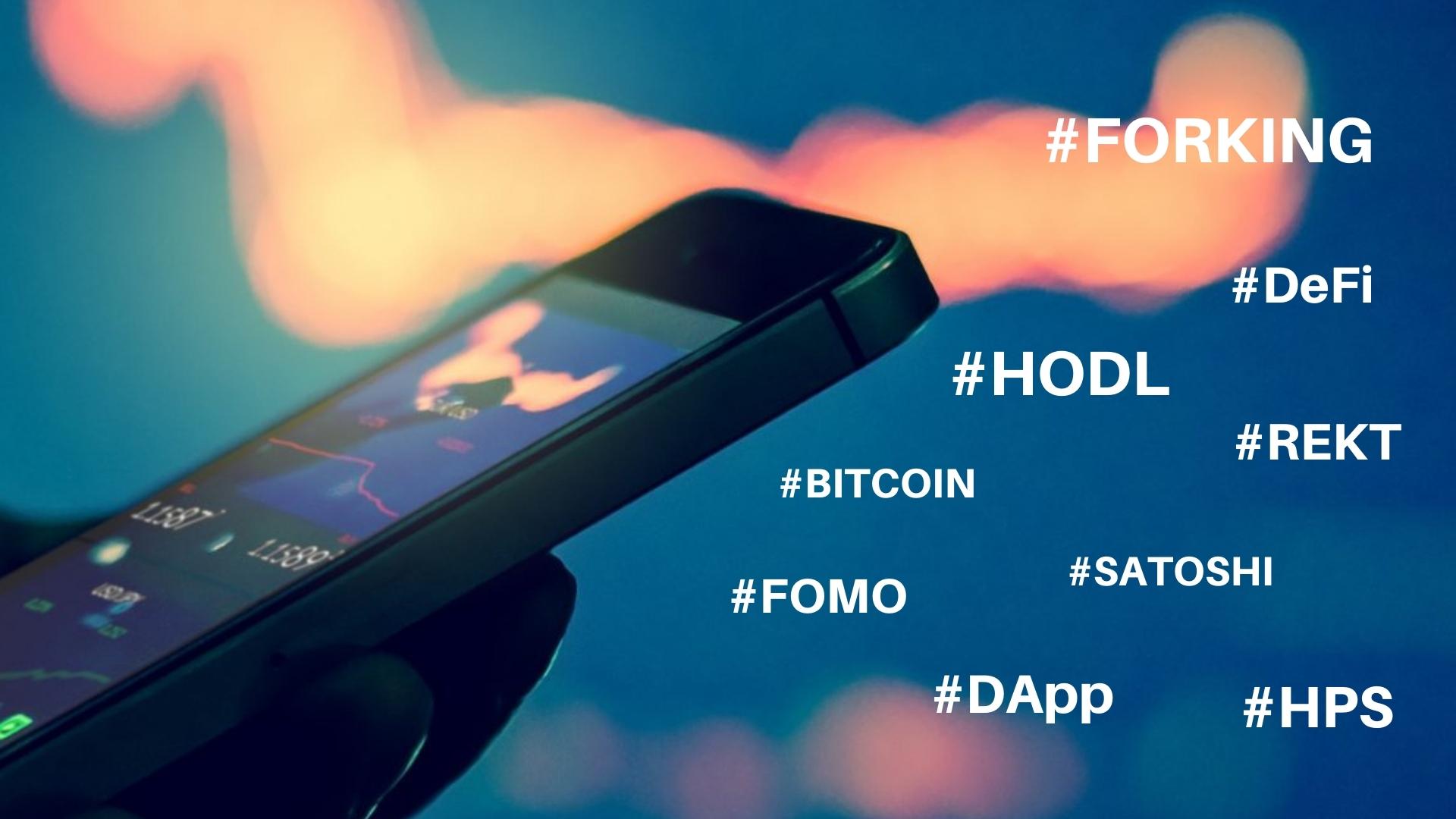 Instead of trading with these traditional assets, a new market has emerged for cryptocurrency, which is more accessible to young people in our digital age.

Traditional financial instruments like stocks and bonds are becoming less popular among the younger generation.

Instead of trading with these traditional assets, a new market has emerged for cryptocurrency, which is more accessible to young people in our digital age.

This has made it easier than ever before to find forums and platforms dedicated specifically to this form of investing.

Alongside all the information that can be found on these sites come some confusing crypto acronyms or phrases, you may not understand at first glance.

We've got your back with an article filled with easy explanations about what terms, such as HODL, mean so you don't have any excuse when someone asks why they should invest their money in Bitcoin no matter how low the price gets.

In the cryptosphere, there is perhaps no word more important than DYOR.

It means doing your own research! Ultimately only you can decide what cryptocurrencies are worth investing in or trading with.

Any seasoned trader will tell you that FOMO; fear of missing out on a potential opportunity, should not be an approach taken by anyone looking for success in this market.

It's best practice to follow what analysis and charts say instead of listening to some random guy who might have nothing better going on.

You could get REKT if you turn a blind eye when they're telling you something but don't take their advice personally because we've definitely been here too before as well.

HODL is a crypto buzzword meaning to hold onto your cryptocurrency instead of selling it.

This term originates from the early days of Bitcoin in 2013 when an apparently intoxicated individual posted “I AM HODLING”.

Yes, this was supposed to be spelt as “HOLD”.

Since then, especially during times of market volatility, many people panic and dump their digital currencies for fear they will lose value or become worthless altogether if prices continue falling.

While those who remain confident believe that holding through these volatile periods will prove fruitful over time with constant growth ultimately returning at some point.

Sign up to Coinbase here and get 10$ FREE Bitcoin

Bitcoin maximalism is the belief that Bitcoin will be the best cryptocurrency to ever exist.

This person believes in its superiority and does not support any other currency or coin.

If they're right, then it's great for them because they'll become richer than you can imagine! And if someone was wrong?

Well, at least we had a good time with all these coins while waiting around for one of them to take off.

The cryptocurrency was created to take away the middleman from financial transactions, but DeFi goes one step further by giving you access to all of your bank-like services without a third party involved, including insurance, loans, or savings accounts.

The Dapp revolution is in its early stages, but it's already gaining momentum and evolving rapidly.

This decentralized movement has the potential to evolve into a truly liberating force for all of humanity by providing platforms where users can interact without reliance on centralized authorities–a true feat that will help bring about an age free from corruption.

DApps are more than just social media apps or banking applications: they're used across many industries including technology, arts, law enforcement, and education.

Fear of Missing Out (FOMO) and Fear, Uncertainty, Doubt (FUD): these words are acronyms that can be commonly seen in society. I

In the crypto world, they have a heightened effect because traders may feel like their fellow peers are experiencing gains while trading is not going well for them.

This FOMO paired with wild price swings makes for an easy fit under the acronym FUD – fear of missing out and fear due to uncertainty or doubt.

FOMO and FUD are both at the root of many people's behavioral patterns.

Although this may not be a good thing, it is worth noting that these fears often stem from irrational thoughts or unsubstantiated rumors.

Fear can result in some very unwise decisions when it comes to investing your money.

Don't fall victim to rumors because you're afraid of missing out on an opportunity!

Satoshi is the first name of the man behind Bitcoin, Satoshi Nakamoto.

He used it as his pseudonym when he created Bitcoin and published its white paper in 2008. But before that, Satoshi in Japanese meant the tiniest amount or a very small thing.

This by itself isn't very interesting but Satoshi in crypto terminology is something really mind-bogglingly small; 0.00000001 BTC.

Bitcoin is an online currency that can be used, bought, or spent.

The Bitcoin community has come up with a unit of measurement called Satoshi to make it easier for people in the world to trade and transact without having any knowledge about bitcoin's inner workings.

One Satoshis equals 0.00000001 BTC which means you're able to do smaller transactions.

The term REKT, which first originated in relation to video games and now has been adopted by crypto traders.

Rekt means that you have experienced a loss of severe proportions from bad judgment or unfortunate moves made on the market.

For example, if someone is holding onto their long position when the markets are crashing they can say “I'm totally screwed/rekt.”

A trader could also use the term when talking about coins, such as bitcoin.

The cryptocurrency world may seem like an intimidating, inaccessible place to the uninitiated.

But it's not all that complicated, especially when you have a good understanding of forks.

A fork in the blockchain is simply when there needs to be some sort of change made for reasons such as technical adjustments or new features being added on top.

Soft and hard forks are more specific types where they differ from each other depending on how much consensus was achieved with those who maintain the codebase behind these cryptocurrencies.

Hard and soft forks are two types of changes that can happen to a blockchain.

A hard fork is a process where new consensus rules on previous versions are invalid, causing permanent divisions in the chain.

This type of change happens when there may be more significant disruptions with 51% of nodes or users agreeing to upgrade.

Soft forking only needs enough nodes or user agreement so as not to cause any disruption at all.

The key difference between both processes is that one sees updates backward compatible while another requires new code altogether.

This means if you're using an old version your data will still work but it might fail after upgrading which could make things difficult down the road.

One of the most interesting crypto acronyms NFT; Non-Fungible Token, is a type of cryptographic token that represents something rare and valuable.

They function like verifiable proofs of authenticity and ownership within blockchain networks for assets that cannot be replicated, destroyed, and duplicated at will by counterfeiters.

Even though two items are worth similar prices because each card has slightly varying statistics, one may be more valuable than another simply due to its uniqueness.

With NFTs being scarce by default as well as verifiable through blockchain technology for authenticity purposes, there will never again be two identical assets in existence.

This high-powered number is calculated by running complex algorithms against cryptocurrency blocks, making it essential for calculating mining machine speed.

When you hear someone say my computer has an 8 GH/s chip, they're talking about their hashing power in terms of Giga hashes per second.

This impressive metric not only gauges but also represents how productive and efficient your current miners are in order for you to decide if it's time for an upgrade or just keep going with what works.