4 Important Cryptocurrencies Other Than Bitcoin 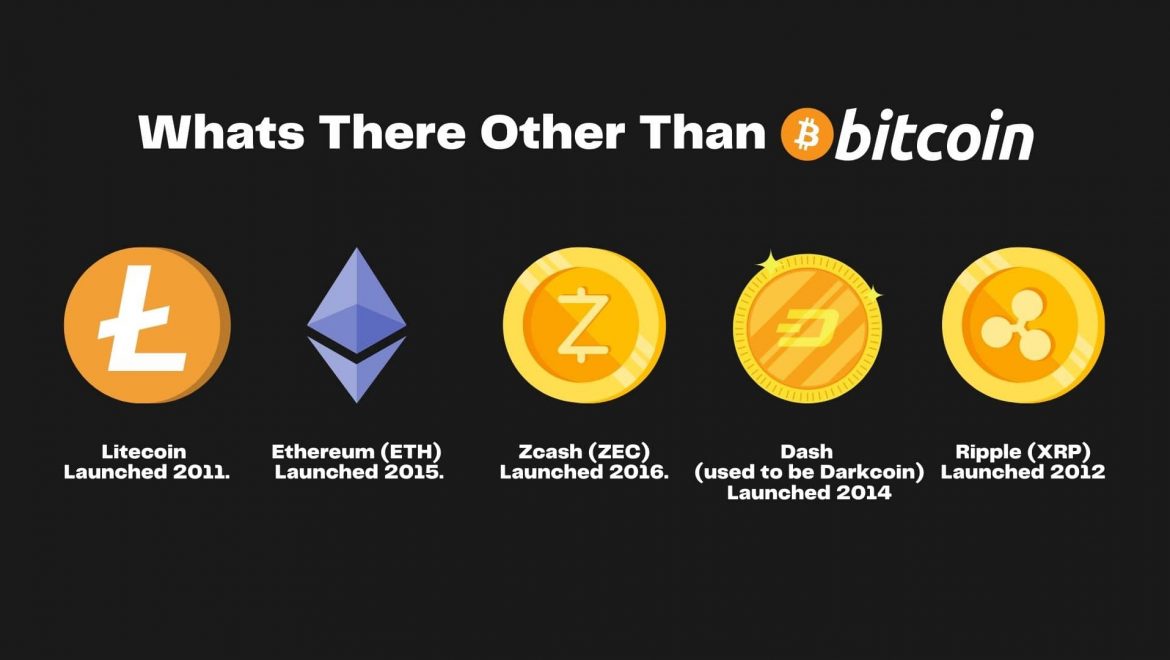 Here, we’ll take a look at some of the most important digital currencies other than Bitcoin that also enjoy immense popularity among investors and bankers.

When the Bitcoin network first came into existence in 2009, only a handful of people could genuinely estimate the impact it would have on the digital currency market.

Not only did Bitcoin thrust cryptocurrency into the spotlight, but it also inspired a legion of spinoffs.

As of January 2021, there are over 4000 different cryptocurrencies. Here, we’ll take a look at some of the most important digital currencies other than Bitcoin that also enjoy immense popularity among investors and bankers.

The Ethereum network is the second most popular type of currency and stands at around 14% of the entire market. In the first half of 2021, the value of each Ether rose by 170%, which further solidified its position in the market.

Ethereum has given rise to the emergence of smart contracts and includes applications and global payment processes as part of its offering. The network also has a partnership with ConsenSys and Microsoft, which allows Azure users to use Ethereum blockchain as a service.

While Dogecoin started off as a meme on the internet, it has risen among the ranks thanks to tweets from Mark Cuban and Elon Musk earlier this year. As of now, the coin has the sixth-largest share in the market and operates on the same decentralized peer-to-peer network that’s a feature of most cryptocurrencies.

Cryptocurrencies grew in popularity because many people liked the idea that they were free from government manipulation. However, decentralized currencies also come with a bit of risk. To overcome this, Ripple has created the currency XRP to provide some regulation. Instead of a public blockchain, Ripple uses node networks that include participating financial institutions such as banks.

5 Safe Platforms You Can Now Buy Ripple On

Litecoin is often regarded as a close sibling of Bitcoin, but there are a few key differences between the two. Firstly, the Litecoin system is designed to work nearly four times as fast as Bitcoin, which helps users confirm the validity of transactions much faster. Additionally, Litecoin has about 84 million coins that can be mined, while Bitcoin’s limit is 21 million. Litecoin is one of the best performing cryptocurrencies in the market after Bitcoin and Ethereum.

Are you interested in learning more about these top cryptocurrencies? Urban Crypto is the premier beginner’s site for crypto news and industry info. We bring you all the latest updates in the crypto world, along with product reviews, mining information and binance for beginners.

Subscribe today to follow Crypto and Bitcoin updates for beginners, or check out our Ledger Crypto Starter Pack.