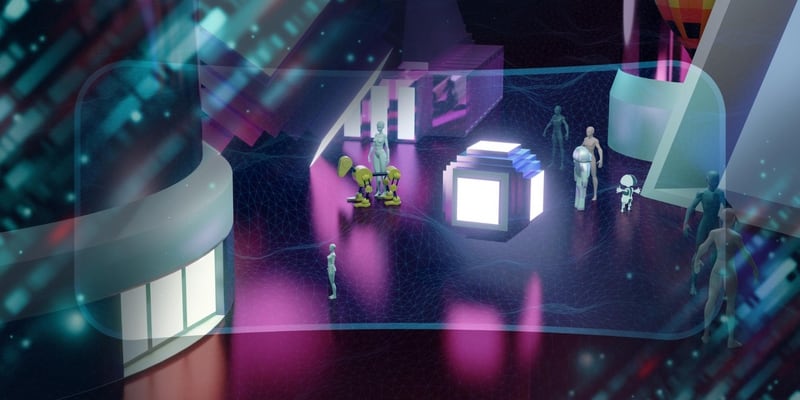 The popularization of blockchain technology has given birth to a lot of new ideas and thoughts. One such idea is that of a decentralized internet.

The popularization of blockchain technology has given birth to a lot of new ideas and thoughts. One such idea is that of a decentralized internet.

It is no secret that we are heavily dependent on the internet in our daily lives, from how we maintain social relationships to how we create and consume content. The growth of the internet has been a defining aspect of the 21st century so far. However, like all industries, it is too ripe for massive disruption. The popularization of blockchain technology has given birth to a lot of new ideas and thoughts. One idea that is being discussed by more and more people is that of a decentralized internet.

How Blockchain Will Change Everything

The internet was first invented in the 1960s, but it wasn’t widely available until the 1990s. It was then that the internet started to take off, and has evolved into something we take for granted today. That’s all going to change in the next few years, however, with the growth of blockchain technology.

Blockchain, the technology behind Bitcoin, is an undeniably ingenious invention. Aside from making waves in the financial investment space., blockchain technology is slowly making its way into almost every industry. Blockchain technology is the digital and decentralized ledger that records all transactions. It is maintained by a network of computers, rather than a central authority.

What Is Decentralized Internet?

The decentralized internet is a blockchain-enabled internet you can use to browse, share and store your data in a decentralized fashion. The internet will be faster than today's web and will contribute to the freedom of the internet and expression as well as keeping our data safe. The decentralized web will serve as a new platform for publishing, storing, and sharing information online between millions of devices that will be bound together in an open network. A single entity will not be able to switch it off. Internet will no longer be controlled by internet service providers.

The Faults in a Centralized Internet

The Internet was supposed to be decentralized, with no one party controlling it. Instead, it ended up being controlled by only a handful of large companies like Google, Amazon, and Facebook, who today routinely pass off our private data as their own.

The way the Internet is structured and corporate greed leads to breach of trust and people worldwide are dealing with privacy, and other issues. Companies that control a big chunk of the network traffic including browser certificates, use the data regularly use it for their profits and interests. A good example of consumer data breach is that of Facebook's Cambridge Analytica scandal.

Facebook gave access to its user’s data to a UK-based political data firm called Cambridge Analytica which used the Facebook profiles to try and influence US voters ahead of the 2016 presidential election.

A company called Blockstack has created what it calls a “decentralized internet” by building a community of web users and hosting companies that can connect through blockchain-based technology. Through locally run apps users will be able to share data and have total ownership of that data.  They will be able to choose who stores their information and have the ability to read or write over their data.

Filecoin is an example of a popular Ethereum-based startup that has created a decentralized network for storing files. The popular cloud storage provider, Dropbox, is a centralized service, meaning that customer data is not encrypted and the company holds all its users' data on central servers. Filecoin's decentralized, blockchain-based file storage network means that consumers can rent out their unused hard drive space in exchange for cryptocurrency, and the files are encrypted as well as being spread out across multiple computers.

Learn to Invest in Cryptocurrencies

If you are new to the world of blockchain and cryptocurrencies, then there is always time to increase your knowledge. Urban Crypto can help increase your crypto acumen with easy to follow crypto guides, Their website also keeps notice on the latest market trends so that you don’t miss out on the next big investment opportunity.

Their readers have gotten excellent ROIs over the years and highly recommend them to discover undervalued gems that help increase their wealth.

To get started with Binance, BlockFi, and Coinbase, visit their website today!