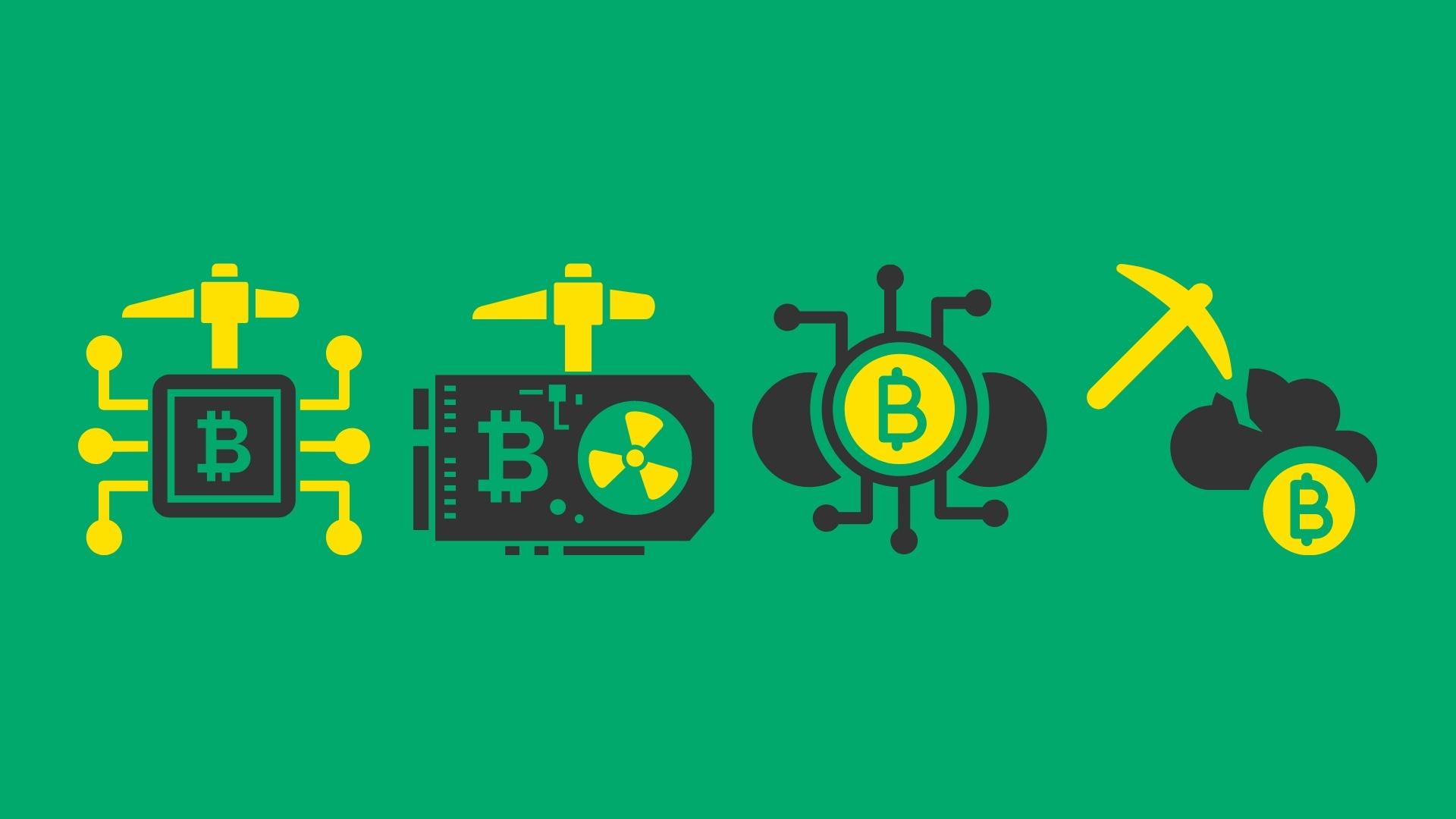 Bitcoin mining is a process in which you can create new Bitcoin by solving computational puzzles. Here are four different types of Bitcoin mining.

Bitcoin mining is a process in which you can create new Bitcoin by solving computational puzzles. This process is needed to maintain the ledger of transactions upon which Bitcoin is based. Mining has become a sophisticated process, and it requires complex machinery to yield results faster. Therefore, there are four different types of Bitcoin mining, and this article explains them and discusses how you can use them for this process.

Bitcoin mining on your personal computer can be an expensive process, and it may not be profitable even in the long term. This is also because the equipment needed for Bitcoin mining is advanced and costly. Therefore, it’s advisable that you look for a service to do this for you instead. With that said, the four Bitcoin mining types include:

GPU mining is one of the most well-known methods of mining Bitcoin. This method requires using rigs of graphics processing units (GPUs) or graphics cards. Despite what it may seem, this mining process is relatively less expensive compared to other methods, and it’s highly efficient. That is why it’s one of the first choices for Bitcoin mining. That said, the price is still too high for average users.

GPU Mining Is a More Efficient Process than CPU Mining

You can expect a well-built and high-performance GPU mining rig to costs approximately $3000. For a typical rig, you’ll need a processor, a motherboard, rig frame, cooling, and anywhere between 2 to 8 graphics cards. A better system can operate more efficiently. Also, mining with GPUs often yields results quicker than CPU mining.

As the name suggests, CPU mining uses computer processors to mine Bitcoin. This method used to be one of the predominant methods when crypto was relatively new. However, few people still utilize this method because of a few reasons.

CPU Mining Is Slow and Not Worth the Investment

The most common reason for avoiding this method is that it is slow. Thus, you may only gain a minimal amount of Bitcoin revenue even after months of mining. In addition to that, you will need a sophisticated system to perform this type of Bitcoin mining. As a result, you will need to spend a lot of money on cooling and electrical power, possibly tenfold the amount of money you can get from mining Bitcoin. Therefore, this process is not worth the investment.

Some Crypto Users Choose This Method Because It’s Readily Accessible

Having said that, some users still use this one of their primary types of Bitcoin mining because you can do it on a desktop computer. So, if you have a good cooling system installed and a powerful computer, you can use this method. It only requires a few additional programs.

You should avoid performing CPU mining on your laptop or notebook computer. The CPU reaches extremely high temperatures during Bitcoin mining. Therefore, due to the compact design of a laptop, the heat will increase faster than the cooling system can reduce or manage its temperature. As a result, you can overheat and fry your laptop in a matter of hours.

ASIC mining uses specialized devices that are designed specifically for mining crypto. This method is the most efficient and powerful one out of all of the other methods. However, there is a catch to it, which is why it’s not readily considered for mining crypto.

ASIC mining is still a subject of controversy in the crypto community, which began when the ASIC company announced an updated version of the machine. Some users have even gone on so far as to petition for bans on these machines.

Mining with ASICs provides high earnings and hash speeds—significantly greater than CPU or GPU rigs. Therefore, they have lowered the earnings that CPU or GPU mining users can acquire. In addition to that, the high performance has greatly altered the economy for some cryptocurrencies because individual users with ASIC farms gain much more than other users.

Cloud mining requires resorting to a third party for Bitcoin mining. The advantage of this process is that you don’t have to invest in a personal rig or maintain the mining. Instead, you will need to pay rent to another party (a corporation dedicated to mining in most cases) to use a rig of theirs. This rent is for a specific period, which you will agree upon with your mining company. After the period ends, the mined Bitcoin will be transferred to your crypto wallet.

There are free and paid cloud mining services. The disadvantage of the free services is that the mining is slow, and it may come with additional conditions. The paid services will provide additional benefits, depending on the packages you select and the number of rigs you rent. Typically, Bitcoin mining services have multiple rigs on their mining farms. The biggest advantage of opting for cloud mining is that you don’t need to spend time, money, and effort in maintaining a personal rig.

Now that you know the types of Bitcoin mining, you should also know that it can exist in different forms. Therefore, you can opt for solo mining or individual mining. In that case, you’ll be the sole user of your mining rig, and you’ll get all of the benefits. On the other hand, you can opt for collective mining in pools. In that case, you’ll have a shared that uses computational power from different users’ systems. In that case, all the Bitcoin mined will be shared among the participants of that pool.

The Latecomer's Guide to Crypto

If you are new to crypto, follow this guide beginners guide for cryptocurrency and learn how to invest in it.

4 Most Popular NFT Coins & How to Buy Them

Find out the 4 most popular NFT coins in the crypto market today and read our guide to cryptocurrency basics.