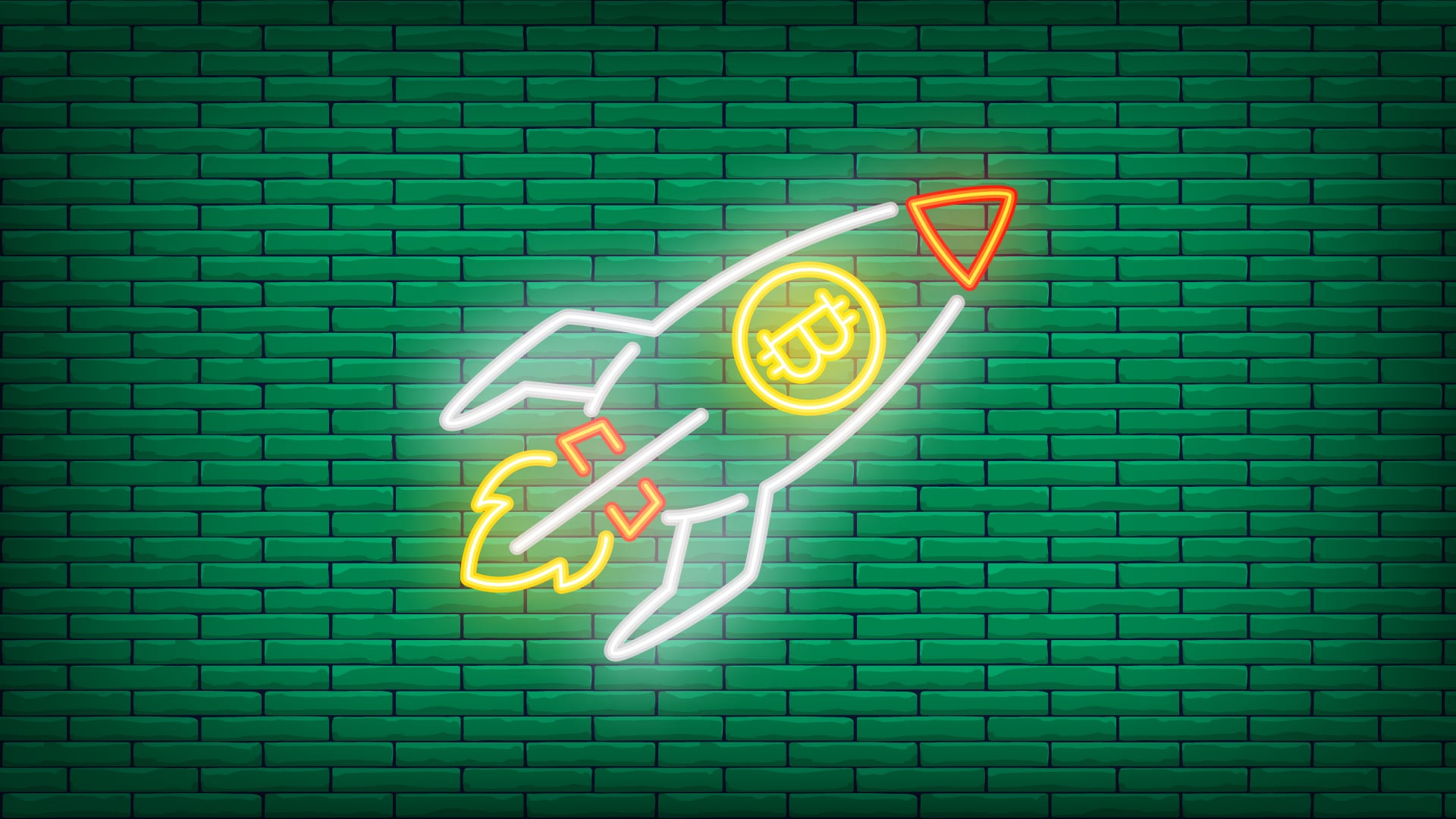 Bitcoin came to the forefront of politics and entrepreneurship in the year 2021. However, was 2021 a good year for bitcoin or a bad one? Click to read on.

If 2020 seemed to most people like the year Bitcoin made a huge comeback, which it most certainly was, 2021 was possibly even more revolutionary for the cryptocurrency. However, was it a good year or a bad year for Bitcoin? This is the question most people ask when looking back at the progress made by Bitcoin in 2021.

This article will serve as a month-by-month overview of Bitcoin for the year 2021. We will progress through all the major events that took place in the world of Bitcoin to better understand whether 2021 was a good year for Bitcoin or a bad one.

Please note that while we could not cover all the major happenings surrounding Bitcoin in 2021, we have tried to cover all the events that most people consider significant. So, without further ado, let us begin our reflections on Bitcoin for the year 2021!

The year started off with political frenzy as the Capitol building was stormed by protestors on January 6th. This event started the year off with a disenfranchised society, media misinformation, and political polarity. However, what does any of this have to do with Bitcoin?

While we will refrain from being political here, in January, the President of the United States was banned from both Facebook and Twitter. This move was a big step and a fool-proof message to the U.S government by Big Tech. What they were basically saying was that they were the ones in control of the dispersal of information, not the government.

Therefore, we started off the year with a clear message from Big Tech: that the future had no place for centralized control in any aspect of society, but particularly with regards to information.

Whereas January saw the control exercised by Big Tech reach previously unheard of heights, February was a more overall positive month for Bitcoin. Multi-billionaire, space engineer, entrepreneur, and scientific influencer Elon Musk had expressed his excitement about Bitcoin towards the end of January, and while he admitted to being late to the party in February, he made it clear that he was a huge supporter of decentralization in general and Bitcoin in particular.

Elon’s clear support of Bitcoin excited many people within the Bitcoin community. However, it wasn’t long before Elon’s participation in cryptocurrency became something of a meme. The development of DogeCoin and the tweets surrounding them forced people to start wondering whether Elon was serious about his support or not.

Many people believed strongly that Elon’s interest in cryptocurrency was not authentic and had everything to do with the new acceptance of cryptocurrency payments by Tesla. Thus began the age of crypto influencers, who have just as many followers today as they do skeptics.

In March 2021, many of those who had been skeptical about Elon’s sudden support of Bitcoin had been turned around. This came as a result of Tesla making massive returns on its investment into Bitcoin, following which Bitcoin broke the $60,000 price mark. March was, therefore, a truly unprecedentedly good month for Bitcoin.

As Bitcoin hit and maintained its all-time high of $60,000, minority leader Kevin McCarthy expressed his concerns surrounding the now clearly powerful and influential cryptocurrency. The state began to take notice, and many government officials began to express that they could no longer get away with ignoring Bitcoin.

As the state begins to make plans to exercise more control over Bitcoin, in a move that was as timely as it was revolutionary, Coinbase goes public. While this served as a reminder to everyone, including the state, that Bitcoin was beyond centralized control and belonged in the hands of the public, government skepticism regarding Bitcoin would soon be on the rise.

Meanwhile, Coinbase’s now public reach began to stir up many questions amongst the Bitcoin community. People begin to wonder how the unprecedented reach of crypto exchanges will affect price action and what the government will regulate this.

At the close of April, Turkey panics over its failing currency, and the state institutes a nationwide ban on cryptocurrency from the end of April onwards. Other nation-states soon began to take notice of Turkey’s move, and whispers about the future of crypto and the government’s response began to fill the air.

May: The Fear of Bitcoin

May began with a $53,000 Bitcoin value. However, the fears surrounding Bitcoin began to come to a head when the Internal Revenue Service announced that it would seize assets from those avoiding tax regulations, a category that includes many cryptocurrency traders and investors today.

Unsurprisingly for many, Elon Musk became the center of this newly found fear of Bitcoin. Meanwhile, many people became aware of the massive environmental concerns surrounding Bitcoin mining, further spreading fear, uncertainty, and doubt about the cryptocurrency.

In May, China announced itself to the world as opposed to cryptocurrency as the nation warned investors that they would have no protection in the crypto markets they were investing in. By May 20th, the fear and doubt surrounding Bitcoin had caused its price to drop to $37,000.

June 2021! The biggest Bitcoin event in the history of cryptocurrency took place with Bitcoin 2021. Most people who attended had a blast. Entrepreneurs got to share their goals and insights surrounding Bitcoin with a charged and excited public. What could go wrong?

The CEO of Twitter, Jack Dorsey, is interviewed at the conference and provides great insights into how Twitter is becoming a huge part of the conversation surrounding Bitcoin.

All of sudden, profile pictures on Twitter with red laser eyes are popping up all over the place. While the trend took off in a big way after Bitcoin 2021, everyone particularly began to take notice when the President of El Salvador, Nayib Bukele, also donned his Twitter profile picture with laser eyes.

Following this, Nayib Bukele announces that he will be making Bitcoin legal tender, and within just 90 days, this is accomplished by El Salvador. Many believe that Jack Dorsey and Nayib Bukele had a hand in changing the world, while many others remain skeptical about the ambitious goals they have expressed.

It is unsurprising that many people within the Bitcoin community do not accept forced merchant adoption of Bitcoin as a good idea. Nor do they think that government-owned crypto wallets are the correct way to regulate a decentralized currency. However, whether either of these changes will occur remains to be seen.

From the beginning of July, however, it seemed that much of the hype surrounding Bitcoin in the previous month had substantially declined. A political leader of Tonga was interviewed regarding his opinions on Bitcoin. Argentina introduced a bill to pay people in Bitcoin.

All of a sudden, the price of Bitcoin falls to $29,000, and the Bitcoin community space suddenly goes from being welcoming, excited, and forthcoming to defensive and aggressive at the same time.

August: The State Strikes Back

On August 1st, the United States government hid an attack on Bitcoin within their infrastructural bill. All of a sudden, Bitcoiners all over the world become highly politicized. Shortly after the bill was passed, Bitcoiners scrambled to learn legal definitions and the meanings behind the seemingly inevitable tax regulations that the government had suggested in their bill.

During the same month, Bitcoin influencers began to get highly politically charged, which essentially resulted in a call to arms. Bitcoiners began using automatic directories to voice their discontent over the bill with a representative. The anger over the state’s intervention in what was always supposed to be a decentralized way of managing finances began to set in.

August ends with Bitcoin’s price at $47,000. Bitcoiners began hoping to reach the $50,000 mark again and celebrated when Starbucks began accepting Bitcoin payments in El Salvador. On September 7th, Bitcoin reclaimed its value of $50,000, after which the People’s Republic of China reiterates that participation in the financial revolution would be seen by the state as an illegal activity.

While it was estimated that less than 30% of the citizens of El Salvador had a bank account in 2017, October 2021 marked 3 million people onboard the Chivo wallet, which is almost half the country’s population.

Meanwhile, Tesla was up $1 billion in their Bitcoin investment, and Bitcoin reclaimed its place at $60,000.

On December 4th, liquidations across the crypto market ran rampant, and the value of Bitcoin began to dip again. However, despite this, it became clear for many that 2021 was, despite all the skepticism and politicization, a good year for Bitcoin.

All in all, the Bitcoin protocol received necessary upgrades to provide greater levels of security and privacy, thereby allowing a clear path to Bitcoin scalability. Meanwhile, bitcoiners brushed up on their legal terminology and learned some hard-to-swallow lessons about buying into dangerous and politically charged narratives.

Our month-by-month overview of the progression of Bitcoin from January 2021 to December 2021 shows that although Bitcoin’s dominance has brought the cryptocurrency under political scrutiny, it was a pretty good year for Bitcoin.

Honestly, with all that happened in the Bitcoin world in 2021, we are both excited and concerned about what 2022 will hold for the most resilient financial asset the world has ever seen.