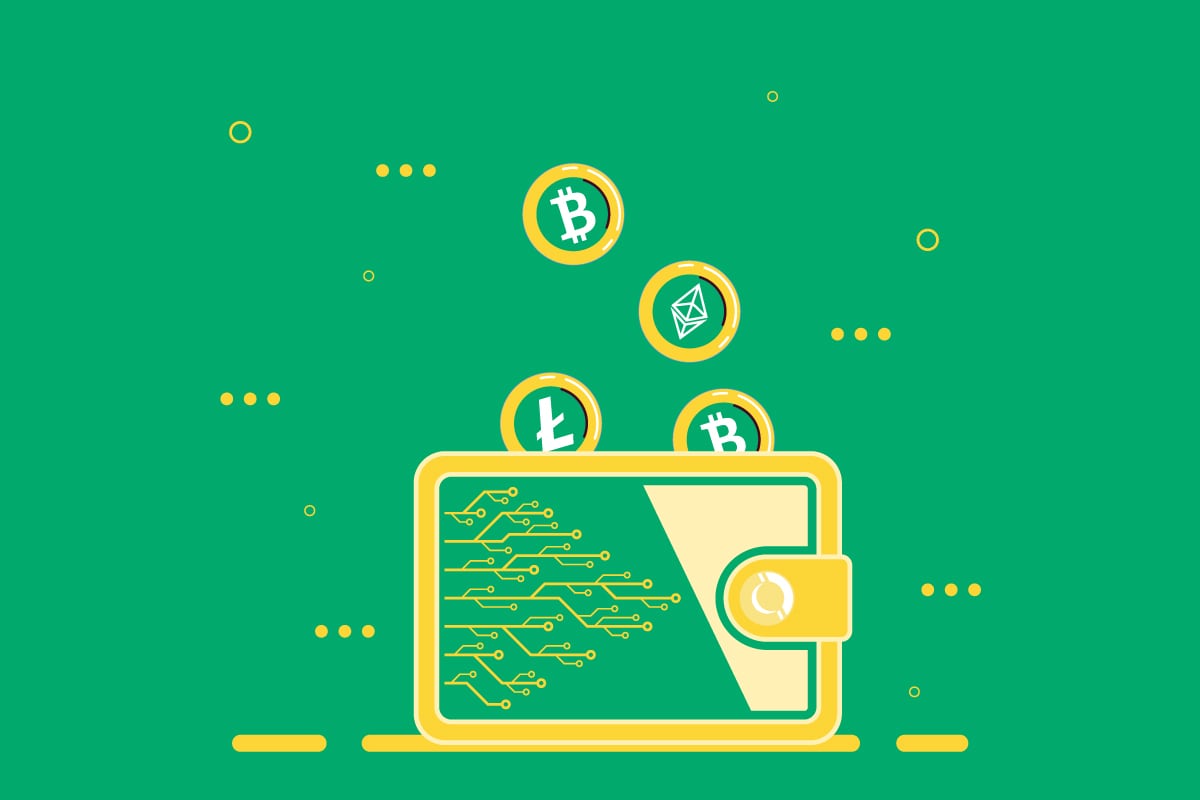 In this blog post, we'll discuss the best bitcoin wallets, so individuals can make an informed decision.

Bitcoin wallets are the best way to store your bitcoin, and there are a few different types of wallets that you could choose from. The best bitcoin wallet for you will depend on what currencies you want to store or if you prefer hot or cold storage. It is dependent upon how much security and convenience one would like in their situation.

For those who don't know yet, Bitcoin has grown exponentially over the past year with some experts estimating it at triple its original value due to recent news about cryptocurrency regulations being enacted by various countries around the world such as Russia.

In this blog post, we'll discuss the best bitcoin wallets, so individuals can make an informed decision.

Desktop, mobile and web-based wallets are excellent options for everyday use. Not only can you access them from anywhere at any time but they also provide better security than a cold storage wallet.

With a hot wallet, you never have to worry about logging in or out of your account. You can make transactions anywhere with an internet connection. This makes it incredibly convenient for those who are looking for the ease and convenience of making transactions on the go.

As the crypto market matures and becomes more stable, it's important to remember that one-time transactions with cold wallets are becoming increasingly inconvenient. The “transaction fee” for transferring funds from a cold wallet is much higher than what you would see on Coinbase or other popular exchanges.

Bitcoins should only be left in hot wallets when exchanging them for another currency since there's always an increased risk of getting hacked by cybercriminals and losing all control over our funds completely. Thus, Bitcoins are more safely stored in a cold wallet where they can be kept safe from theft.

Mobile wallets allow you to send and receive bitcoins via your mobile device. They are arguably the easiest way to get started with bitcoin, but they also come at a price.

As they are connected to the internet, there is more of a chance that an unauthorized person could steal your funds if not protected correctly. This type of wallet requires access to both handsets as well as network connectivity which may be difficult in some geographical regions.

Unlike cold storage or paper wallets, hot wallets should only store small amounts of money for everyday use. It can be risky to store large sums in one due to its exposure to potential hacking attacks from hackers who specialize in ransomware attacks. Such hackers encrypt your files until a ransom is paid.

Web wallets are a central hub for your cryptocurrency, with keys stored on servers accessed by third-party apps. Web wallets act as an intermediary to hold and store the key information that links you to your digital currency so that your funds can be spent through online transactions using bitcoin's blockchain network.

Web-based applications allow users easy access from home or while in transit because of their constant availability via internet connection. This is unlike hardware versions which require physical possession during use due to their offline nature.

This makes web wallet security even more important than before since it is now possible for attackers trying to steal one’s coins without having direct contact with them.

However, web wallets offer insurance or backup funds in some cases as protection from the loss of funds.

A desktop wallet is a form of a hot wallet where the private keys for your bitcoin holdings are stored on a computer that is connected to the internet. They’re usually available as web-based or downloadable software and they generally hold lower total balances than other types of wallets, making them less tempting targets for hackers.

Desktop wallets are an easy way to store your bitcoins that are backed by a private key. These wallets have been around for as long as bitcoin and they will continue being popular in the future, making them an excellent investment opportunity no matter what type of investor you might be. Desktop wallets offer greater security than online or mobile wallets because it doesn’t rely on third parties for its data which makes theft more difficult.

Cold wallets are considered very secure as anyone who steals from them would need to physically have the device or know a PIN and password. Cold wallets can come in many different forms, such as USB sticks but they also exist on physical coins and paper bills.

Cold wallets are immune to hacking even when connected to a computer. The funds cannot be stolen while the wallet is connected to your computer and the internet as all transactions happen in-device.

The innovative security features of these wallets are what makes them a worthy investment. These wallets are secured through something called a “signature”, which broadcasts to the network while your computer is connected.

Even if malware tried to steal funds from you when your cold wallet is connected online, it would fail because transactions require correct signatures for them to go through.

This cold wallet is just a piece of paper that contains the private key to your bitcoin address. This is an easy way for beginners to keep their funds secure as they are fully self-contained and it’s not necessary to download any software or apps.

Paper wallets also provide the benefits of being cheap, easily accessible in remote locations where there is no internet connection and can be produced offline with little effort on which means you have complete control over who has access to this information.

There are disadvantages however, if someone was able to take possession of your physical paper then they would gain access to all secured bitcoins linked by those keys. This can cause significant financial hardship.

A hardware wallet is a physical electronic device that you can use to access cryptocurrencies with more security than ever before. Unlike mobile and web wallets, they cannot be hacked or infected by malware which means your private keys are always safe.

Hardware wallets could be the last line of defence against cryptocurrency theft. These devices are designed to store private keys offline and away from risky situations that can compromise data or tools necessary for approving transactions right on your phone.

This makes hardware wallets a tough target if you're worried about someone stealing sensitive information and funds without getting caught.

The first physical bitcoin was shaped like a credit card. The rest of the alternatives that followed were round, similar to medals in design and shape. This trend started with Mike Cadwell’s 2011 creation known as Casascius Physical Bitcoin.

Today, these coins are more collector's items than practical for daily use due to limitations such as seamless transfers not being possible; a key feature of Bitcoins.

Best Companies For Your Bitcoin Wallet:

Bitcoin is a form of digital currency that you can store and spend without having to rely on banks or other third parties. There are different kinds of wallets for storing your cryptocurrency, each with its pros and cons, depending on what features it offers.

Full-node wallets like Electron Cash allow you to support the network while enjoying fast syncing times and built-in exchange functionality if needed. Mobile wallets like Jaxx have an easy interface as well as QR code scanning capabilities so there's no need to type long addresses every time you want to send funds anywhere.

It can be tough to decide which bitcoin wallet is right for you. One of the main considerations when choosing a crypto wallet is whether or not it will support the currency that you aim to store in it.

If you are looking for hot storage, one option would be an online web-based service such as Blockchain.com.

For cold bitcoin wallets, there are hardware wallets like Trezor or Ledger Nano S with apps for both Android and iOS devices that offer more security than any other digital wallet out there.