What is Bitcoin Mining? 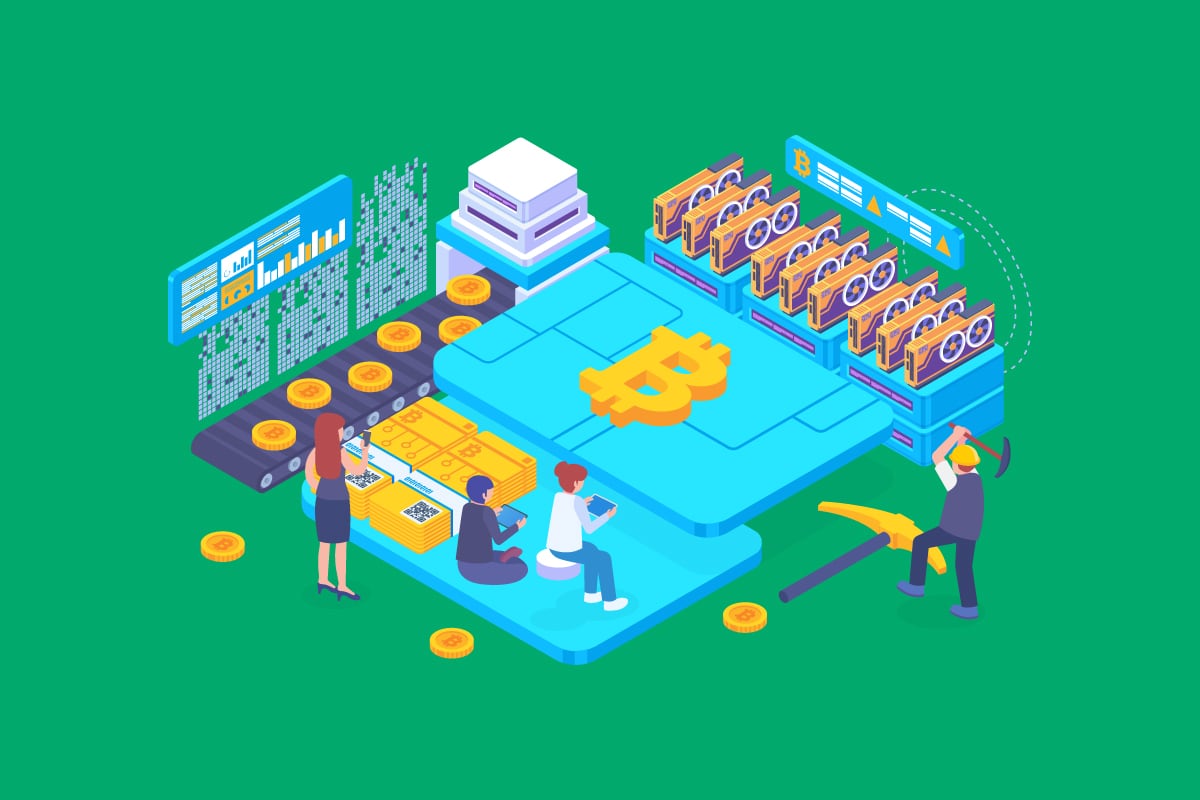 You see, when it comes to bitcoin, people send and receive it on the network 24/7. Now, in order to track and store all of those transactions, a block is created periodically, which is then added to the blockchain.

The world population has been accustomed to physical forms of money for decades. It’s almost like a never-ending supply, as governments can print more currency when it is needed. However, bitcoin is something completely new, and in fact, it isn’t actually a genuine currency.

Essentially, it’s just lines of code, and that’s why the method of generating more bitcoin is entirely different to what you’ve been familiar with. Powerful hardware combines with intelligent software to mine for it. But, it isn’t as simple as it may sound.

You see, when it comes to bitcoin, people send and receive it on the network  24/7.

Now, in order to track and store all of those transactions, a block is created periodically, which is then added to the blockchain.

>> Get Started with MinerGate and Put Your CPU to Work!

This is when the mining begins…

A miner is tasked with authenticating all of those transactions within a block, and ensuring that they are legitimate. Although, there are millions of people across the globe competing for each block, and those who are successful generally have stronger hardware and better software. That’s because blocks are only classed as completed, once they’ve had a hash attached to it.

To put a hash into layman’s terms – it’s a mathematical calculation which is molded into a series of random letters and numbers, to protect the block from any tampering. If you possess excellent hardware, you can claim a much higher hash rate, so you can secure each block before all of your competition.

You’re probably wondering how all of that translates into bitcoin, correct?

For every block that is found and stored on the blockchain, the bitcoin network will reward the miner by supplying them with newly-created bitcoins. Bitcoin mining, therefore, means there's a constant stream of bitcoin flowing into the community. However, as it’s so easy to construct a hash, there’s a difficulty measure, as well as a proof of work feature, to ensure every single bitcoin isn’t mined instantly.

The difficulty measure mirrors the total hash rate on the network and guarantees that blocks can only be added every 10 minutes. Plus, the proof of work feature means that a hash must follow a specific guideline. Otherwise, it won't be accepted.

All in all, the process of discovering a block of transactions, confirming all of the data, placing a hash on it, and storing it on the blockchain, can be summed up as bitcoin mining.

Do You Want To Start Mining Bitcoins?