What Makes Bitcoin Different From Ethereum 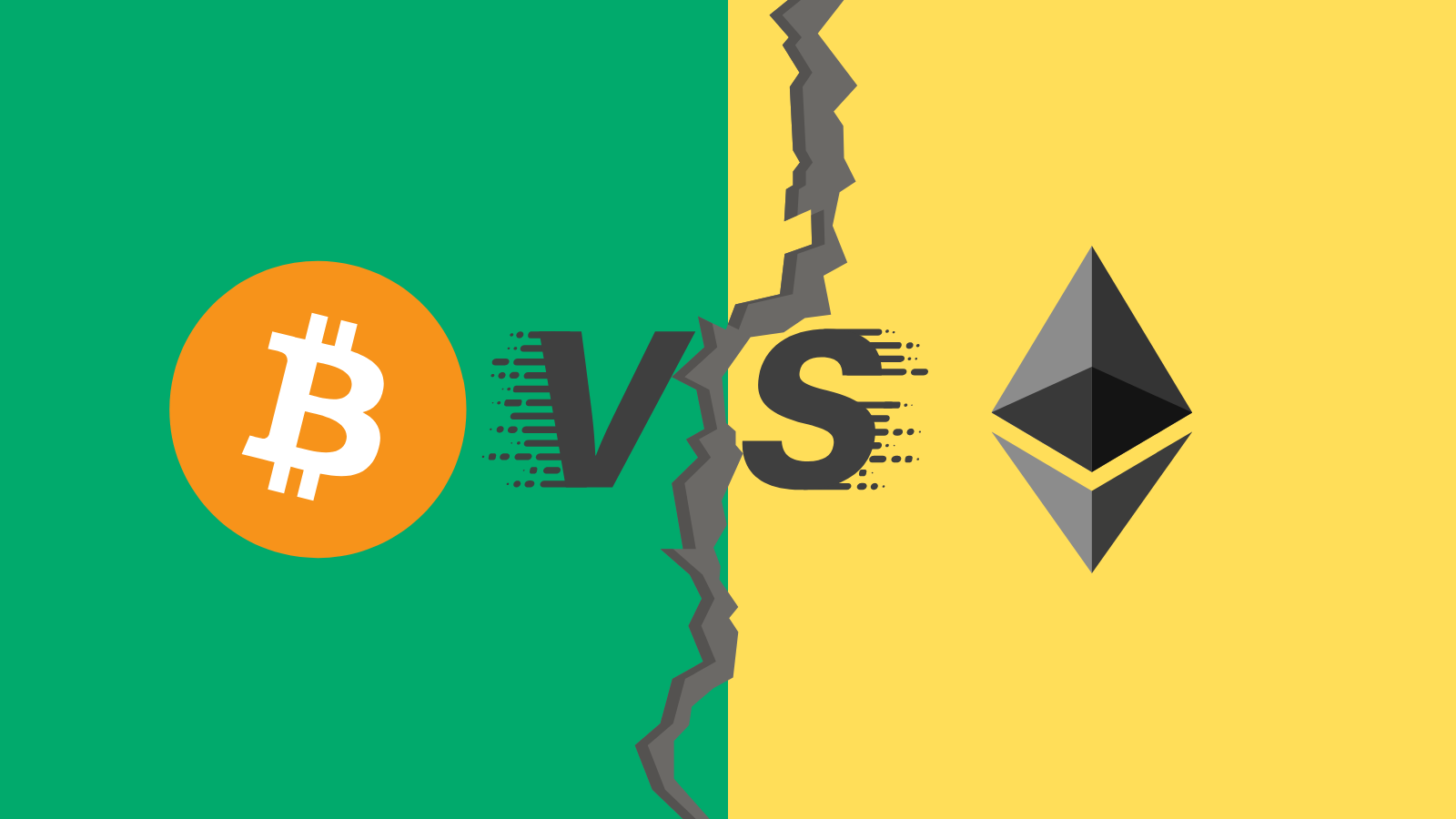 Bitcoin (BTC) is the very first decentralized cryptocurrency in the world, and it has stayed relevant since its inception in 2009.

Bitcoin or Ethereum? Difference between Ethereum and Bitcoin

Bitcoin (BTC) is the very first decentralized cryptocurrency in the world, and it has stayed relevant since its inception in 2009. It is currently the most valuable and most popular crypto available. Despite its popularity, it does have several valuable competitors, and Ethereum is one of the most popular ones. Now, whether you wish to choose to invest in Bitcoin or Ethereum will depend on their market values and price trajectory. That said, it’s best to know that the two types of crypto are actually quite different before you make your purchase.

Bitcoin was designed as an alternative form of currency, and that’s what it still is today. It is an online currency that is entirely decentralized, meaning there is no authority that regulates its price. Bitcoin is simply money that’s held in digital form. Some people invest in Bitcoin because they want to store their money digitally outside a bank. Investors can also save their BTC assets in hardware wallets, which are hard drives that save the digital assets on a physical medium. Doing so helps reduce the risk of cyberattacks. Some investors also invest in Bitcoin, hoping that its price increases months or years after they bought it. So, they can profit off their initial investment.

On the other hand, Ethereum is a well-established and the largest open-ended decentralized software platform. Developers use to create applications that do a lot more than enable a digital currency. So, that’s the major difference between Ethereum and Bitcoin.

Developers can create decentralized applications (dApps) and deploy smart contracts. Thus, these apps are designed to have no downtime, fraud, interference, or control from a third party. Ethereum has a unique programming language that operates on a blockchain. Thus, it enables developers to develop and run distributed applications. Etherium applications are powered by ether (ETH), the cryptographic token native to Ethereum.

Bitcoin and ether are the same in the sense that they are both types of digital currencies. However, the primary purpose of ether is not similar to that of Bitcoin. Bitcoin is an alternative monetary system. Ether, on the other hand, is designed to enable Ethereum to operate and monetize those operations. This difference between the purpose of these tokens indicates that ether was not made to serve as Bitcoin’s competitor. However, its popularity has now led it to become one on various crypto exchanges.

Therefore, it’s safe to say that Ethereum is an entirely different technology from Bitcoin. So, when you’re trying to figure out whether to invest in Bitcoin or Ethereum, it can help to consider what you want your investment to achieve. Investing in Bitcoin is an excellent means for improving personal gain by making calculated decisions on when to buy and sell. However, by investing in Ethereum, you’re potentially investing and fostering creative innovation because various apps can be created with the Ethereum blockchain (Sandbox is an example). That said, both are decentralized and volatile, so you have to plan your investment accordingly.